How are your holidays going?  Is the tree up or are you still trying to find out which string of lights is the broken one?  Presents ready to go or are they some distant thought, somewhere between "I bet the gas bill is ridiculous this month" and "I'm scared someone hasn't asked me to bake three dozen sugar cookies yet,"?   I'm not even going to ask about the Christmas cards.

Like last year, there won't be a theme to these links.  There won't be any new recipes to try (because we already have our hands full with the old ones this time of year, thank you very much), or beauty regimes or calls for ascetic discipline in the name of Zero Waste.  That's not what December (or most of autumn, really) is for!

Instead, I hope these links will just give you something to think about - not to act on immediately, or ever maybe.  I certainly don't subscribe to everything that keeps keep my waste-print down (and that should be an obvious reoccurring theme of the blog), but I think knowing about some of these new efforts in Zero Waste (or re-approaching old ideas), like knowing a little Shakespeare or the Pythagorean theorem, can't hurt.

First of all I must admit, I'm not a vegetarian.  But I don't think it's a bad way live.  Especially when I read things like this article that asks why we aren't addressing livestock's contribution to greenhouse gas emissions (which makes more than our cars and trucks!).  Have a longer attention span?  Young Leo DiCaprio produced a film, Cowspiracy, about the same concern. 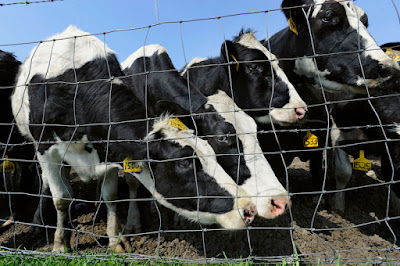 So we aren't going to get rid of coffeehouse coffee because of people like me that will use ANY excuse to go out and get a warm cup to wrap my hands around.  I've seen some local shops that knock it out of park concerning Zero Waste - they collect and compost their grounds, they only serve local foods, they only sell coffee in ceramic or compostable cups.  But this Zero Waste "coffee tea" trend might be the next thing you on the artisan chalkboard. 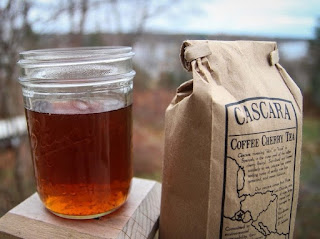