In January I posted five Zero Waste New Year's resolutions, one of which, Learn to Make Homemade Protein Bars, I knocked out early only because it was the easiest.  Before the end of the month I had also abandoned one resolution, and that was Transition to Cloth Diapers because my baby is a urinating MACHINE and I still haven't found the diaper configuration that keeps that girl from leaking through her cloth diapers, her pants, her car seat, my lap, a stranger's lap or any other place you'd prefer to keep perfectly dry.

But today, I am the 8% because I kept one of my resolutions and that was:  Approach a local fast food joint about reusable cups.  Controversial for sure,  but when it's Tuesday night and you are alone for whatever reason with the kids, sometimes Chick fil A beckons as a place where the kids can run around and you can enjoy green salad.  And perhaps some waffle fries.  And maybe an ice cream.

So ignoring the obvious question of "Why is Zero Waste Mommy going out to fast food?" (and the answer is "Sometimes Zero Waste Mommy is exhausted at 5pm and has nothing to eat but Homemade Protein Bars and a yellow bell pepper), you might wonder, "Why bother?"  Because frankly I was tired of assuming and wanted to hear the answer from the horse's mouth.  And maybe bring in some awareness at the local level.

As you can guess, when I asked one of the owners,, "Why can't I bring in my own cup?" he said, "We don't know where it's been."  Since Chick fil A is in the business of food and consequently also the business of food safety, they need to limit possible avenues of contamination.  Plus when there is an outbreak, they can more expeditiously figure out where it came from (NOT from a toddler's cup for example) and put a stop to it.

What are the chances my slobbery, runny-nose daycare girls are going to bring something nasty into Chick fil A and bring down the whole store?  Probably very, very slim.  But a national outfit has a lot to lose (just ask Jack in the Box) so of course they are going to keep the reins tight.

Now of course it's chain specific.  I went to a Jason's Deli recently and patrons there use those ubiquitous red plastic refill cups; no lid, just slam that puppy up against the Dr. Pepper lever-o-love after drinking from the cup, one or even two times.  It all depends on what is considered an acceptable level of risk.  Which is why a travel mug is cool at Starbucks or Timmy Horton's, but not so much McDonald's.

But it's not all bad news.  All the plastic in this picture is recyclable, including the place mat: 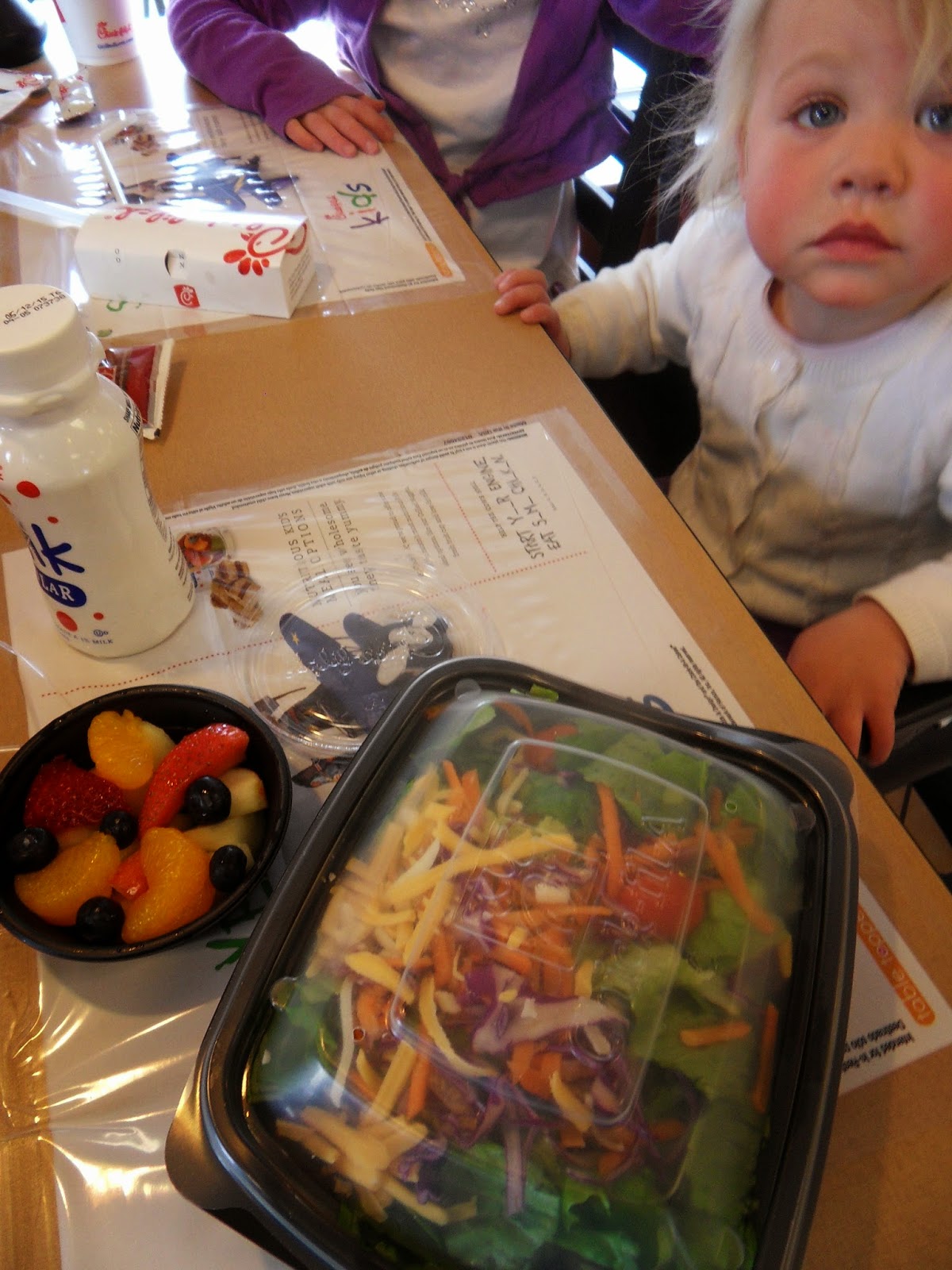 As are the paper products in this pic, assuming you don't slather them with salad dressing: 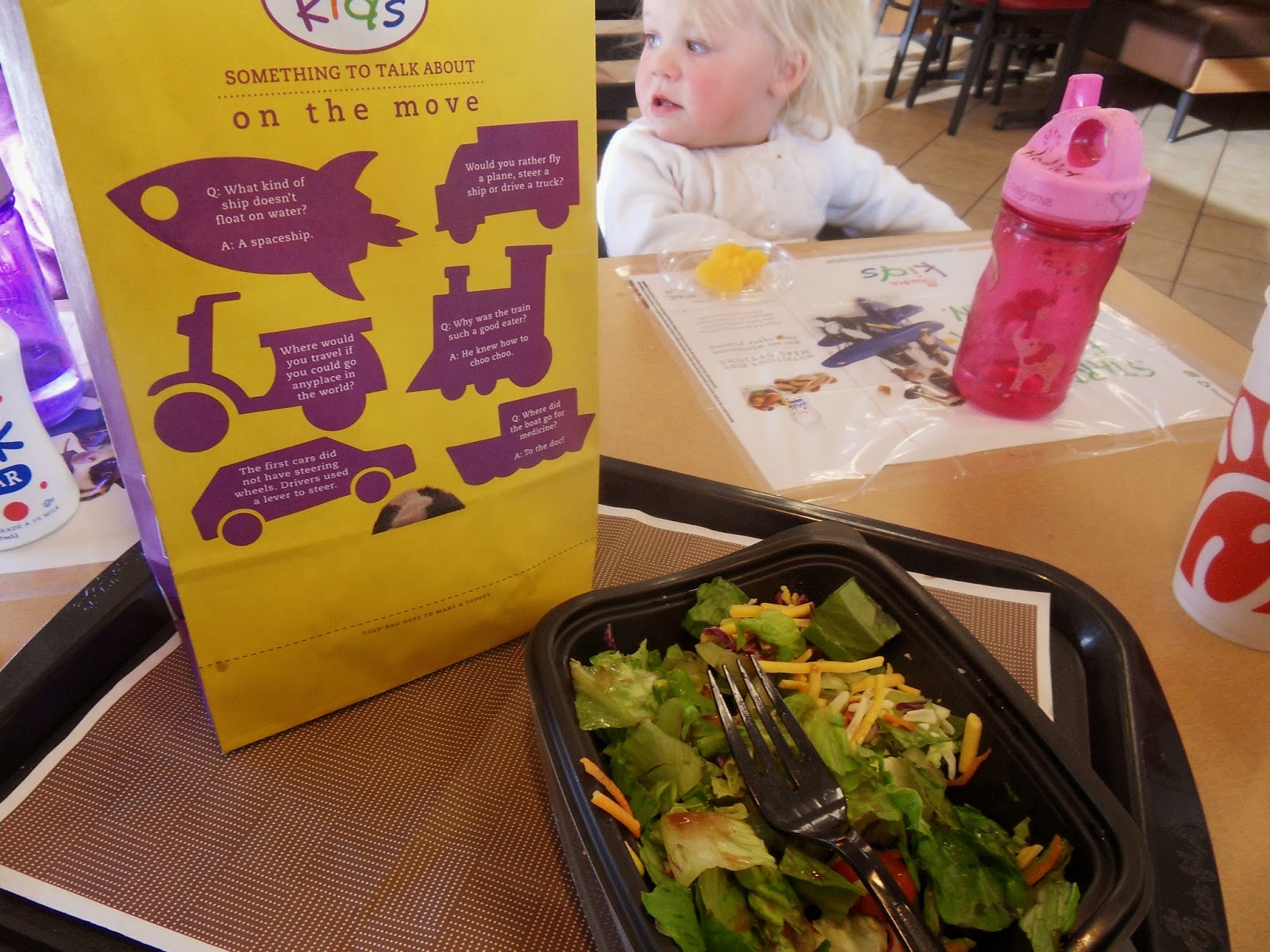 And that toy from the kids meal?  Turn it in and get a ice cream (in a cone instead of a cup!). 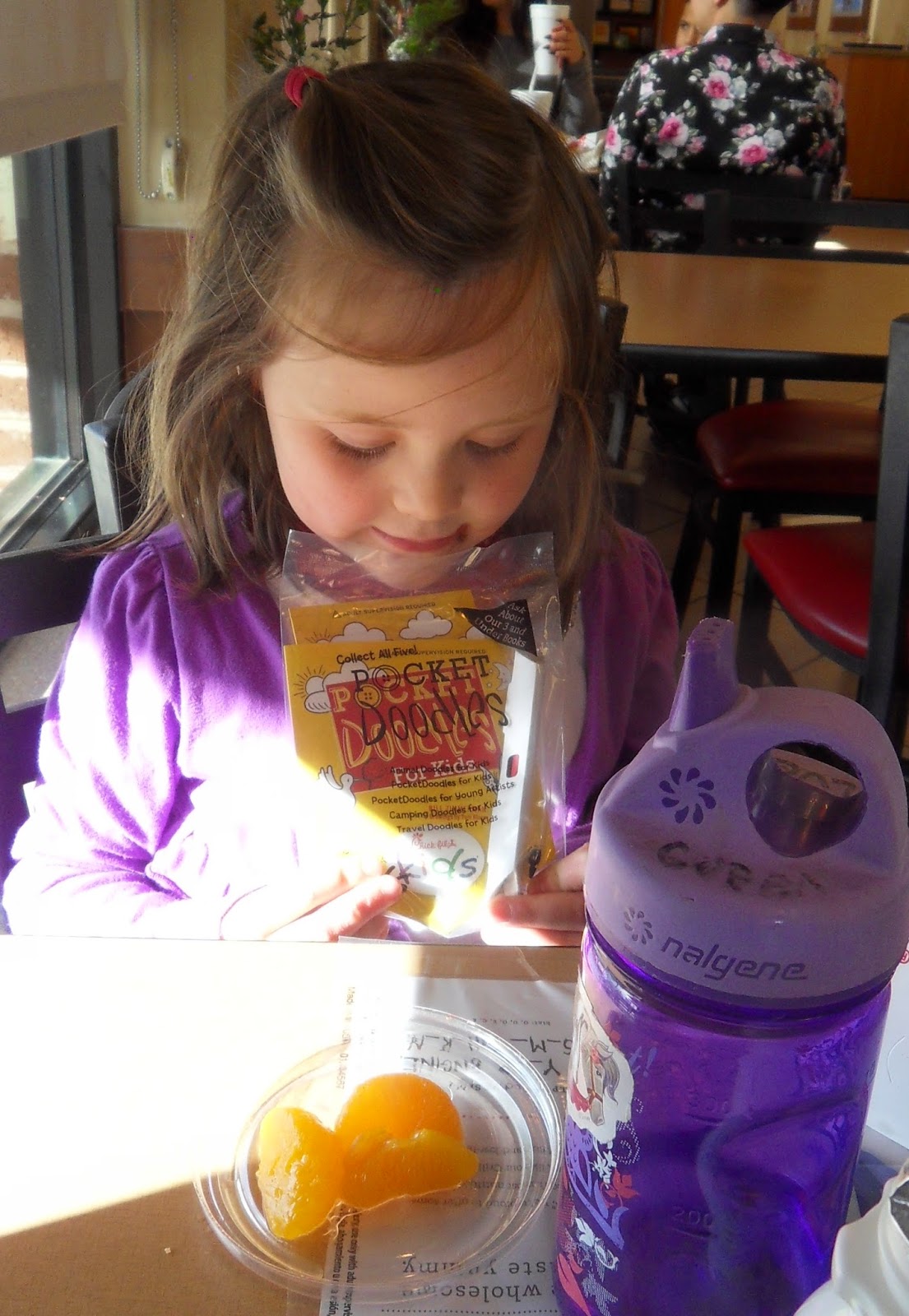 And to their credit, Chick fil A, like Starbucks, is testing out a replacement to their non-recyclable cups, in this case, their Styrofoam cups.  They do give excess food to a local shelter on the weekends and, hopefully, after annoying phone calls from people like me, are understanding that waste awareness is something that will only continue to grow.

One last thing.  "Can I bring in my own napkins or silverware?"  "That'd be fine."   Cool.  The owner said he's seen people bring in their own salad dressing.  Or their own food, from somewhere else.  That's a little over the top, but I do bring the girls' water bottles.  'Cause the littlest needs to be busy at all times filling that disposable diaper.  Have I already mentioned that resolution FAIL? 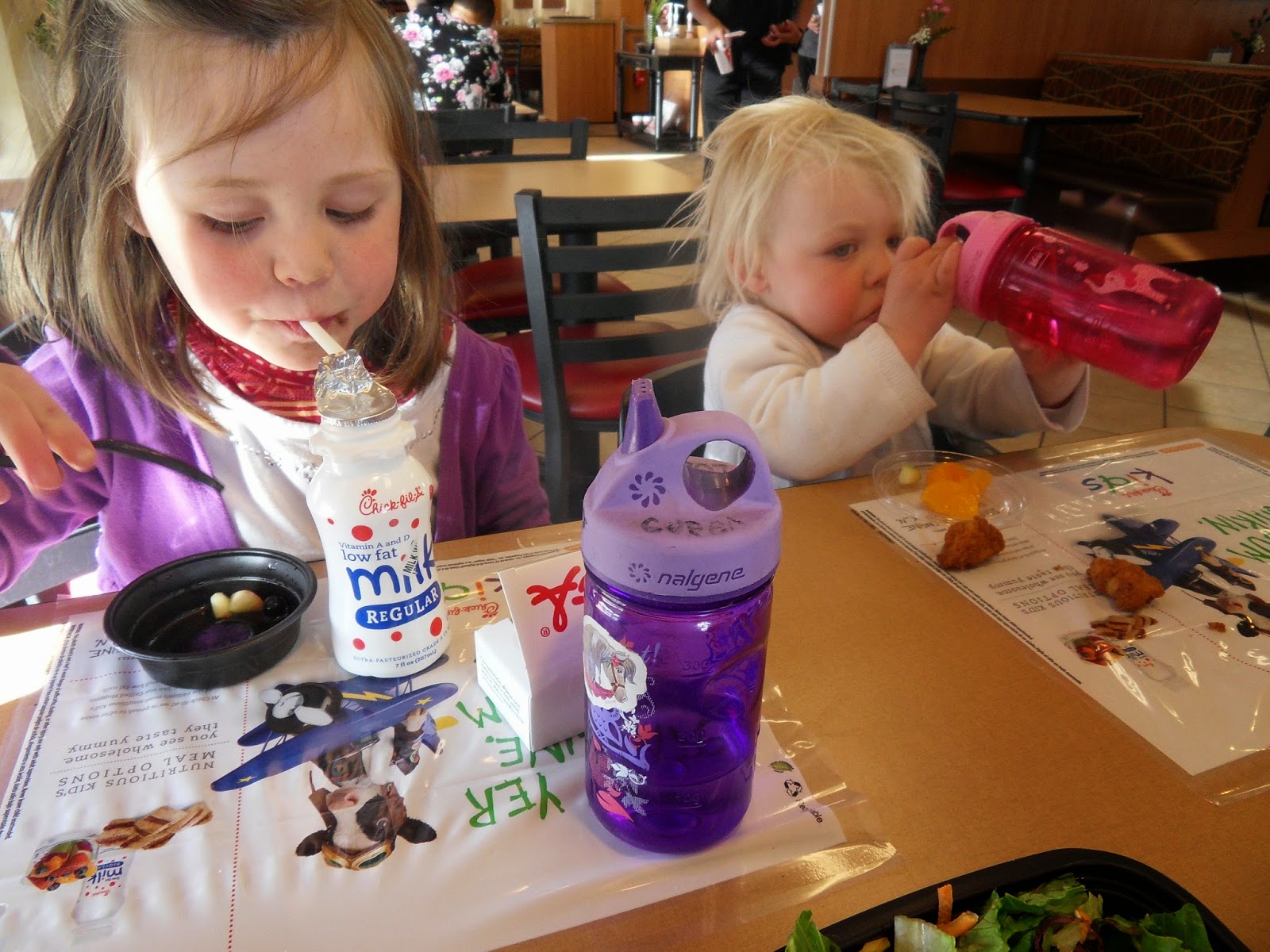