Here in Albuquerque, we've no shortage of taco places:  Taco Bueno, Taco Cabana, Del Taco, a place called Taco Shell, not to be confused with the all the Taco Bells, a bunch of actual taquerias, a host of food trucks, two places in the valley I've never been to, Taco Tote and Taco Tijuana, two places featured in Breaking Bad, Taco Sal and Twisters, aka "Los Pollos Hermanos", and every other Mexican, New Mexican and Tex-Mexican joint in town.  This means I can't swing a gato around here without hitting a plastic bag of saucy Mexican take out.

Yet somehow, we still have homemade tacos at home at least two or three times a month.

And I wanted to make it Zero Waste.

My criteria for homemade taco seasoning were:

1.  Had to be made with ingredients I usually have in my spice rack.  Alton Brown didn't make the cut because of some hot spiced paprika.

2.  All the spices needed to be available in bulk.

3.  No perishable ingredients either.  So no fresh jalapenos.

4.  And speaking of that, no heat.  Kid-friendly, please.

5.  And, like mac n cheese, it needed to resemble the stuff I grew up with.  McCormicks Taco Seasoning is so salty, it guarantees, if prepared as directed, you'll wake up middle of the night, parched and willing to drink toilet water if it will quench your sodium-saturated state.  It is de-lish.

Here's how I (sort-of) found a replacement:

They all used chili power, paprika and garlic powder.  Some called for cumin, onion powder, crushed red peppers or oregano.  I was secretly rooting for the center pic there, with only four ingredients.  I also made one container of the original stuff, just to see how the homemade mixes compared.

Then I did some fuzzy math for 1/4 pound of meat.  With a crayon.

Then I manned the stove.
And ended up with four bowls of differently-seasoned taco meat. 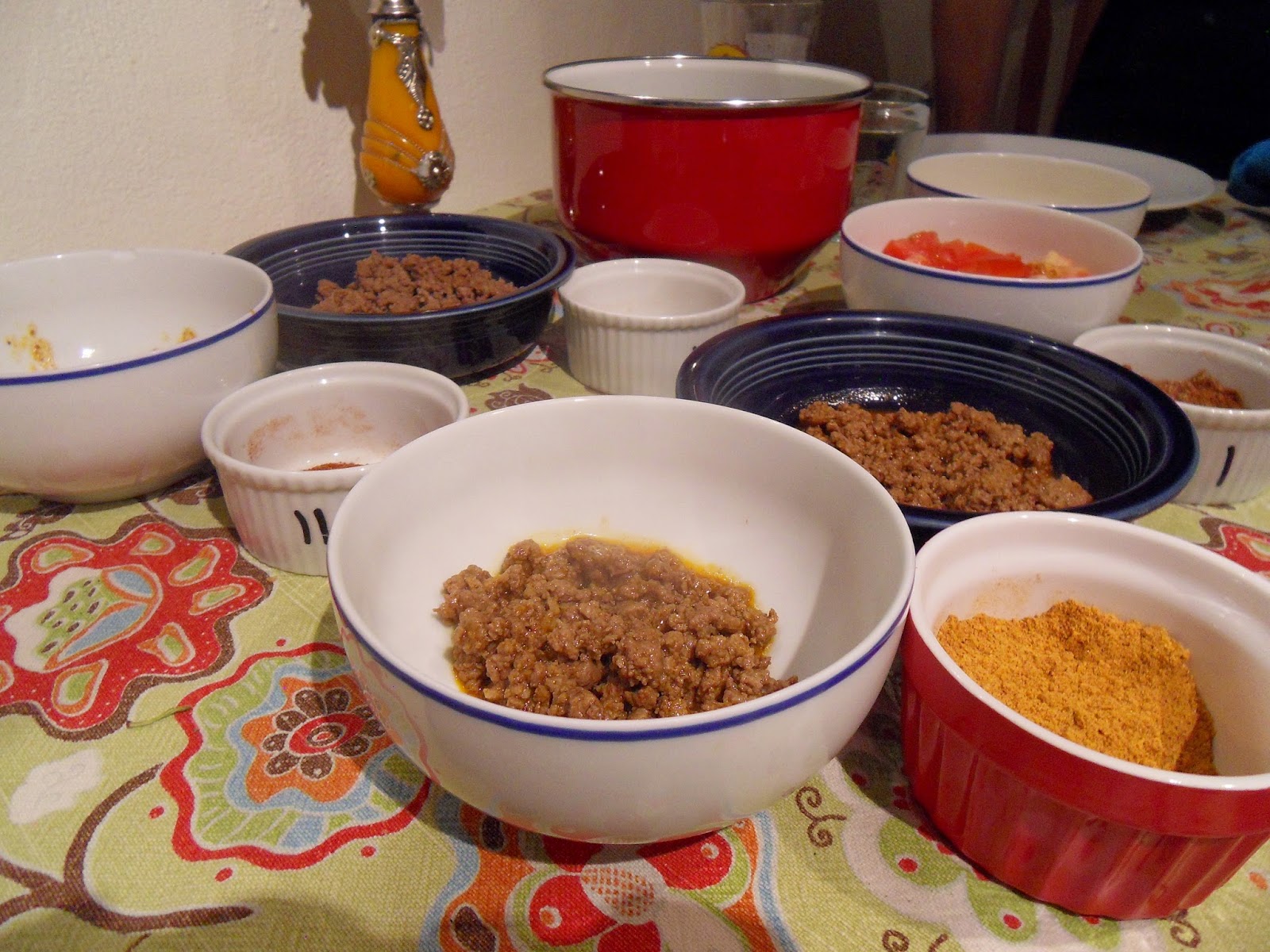 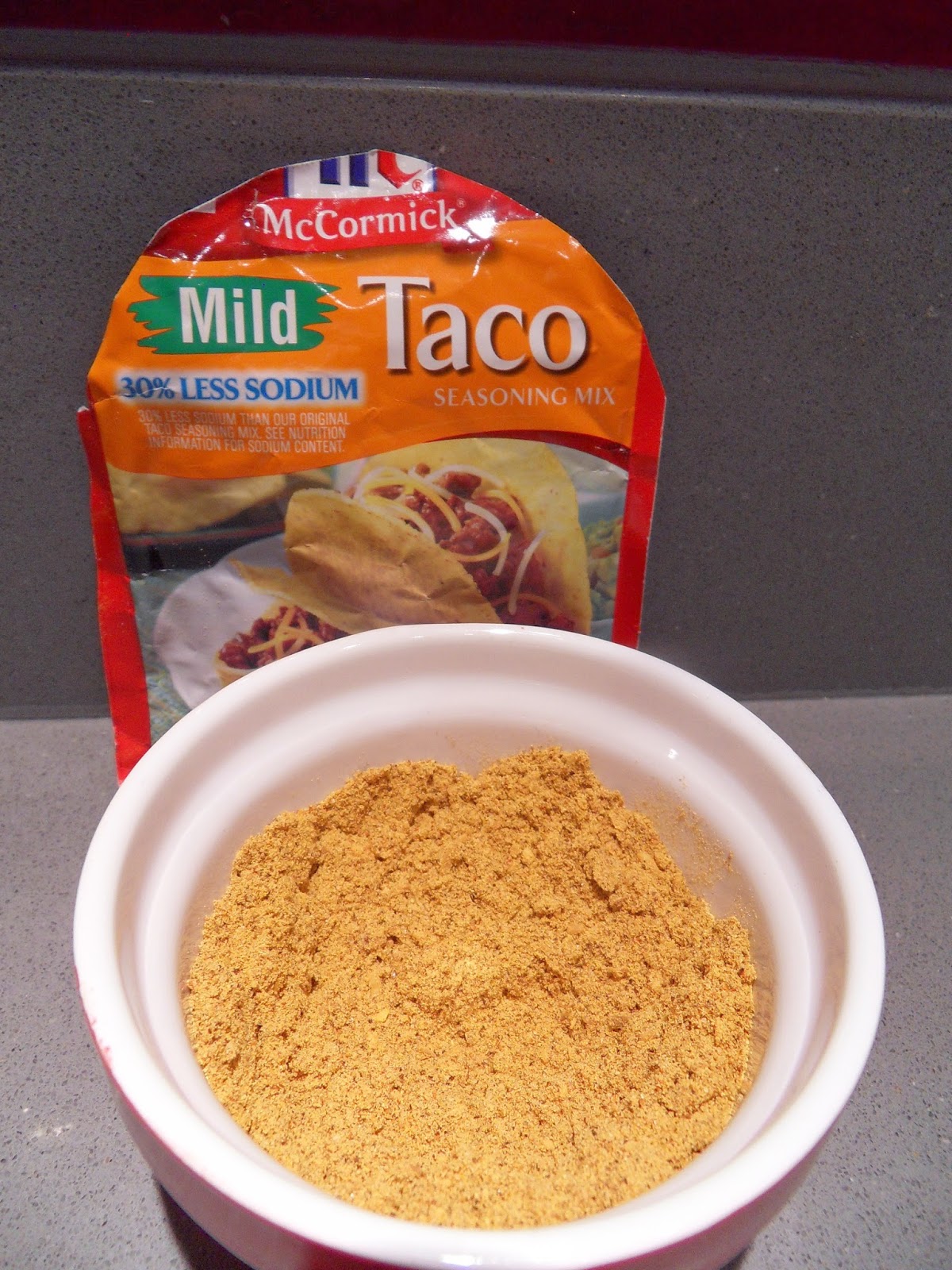 But Sample I, the one with the most ingredients, was a close enough second.

And you know what I think the secret ingredient was?

It was the only one that used salt.

Here's the link, and I actually cut the salt and pepper flakes in half.  After you brown a pound of meat, add between one and two tablespoons of your mixture, 3/4 cup of water, and simmer for five to ten minutes. 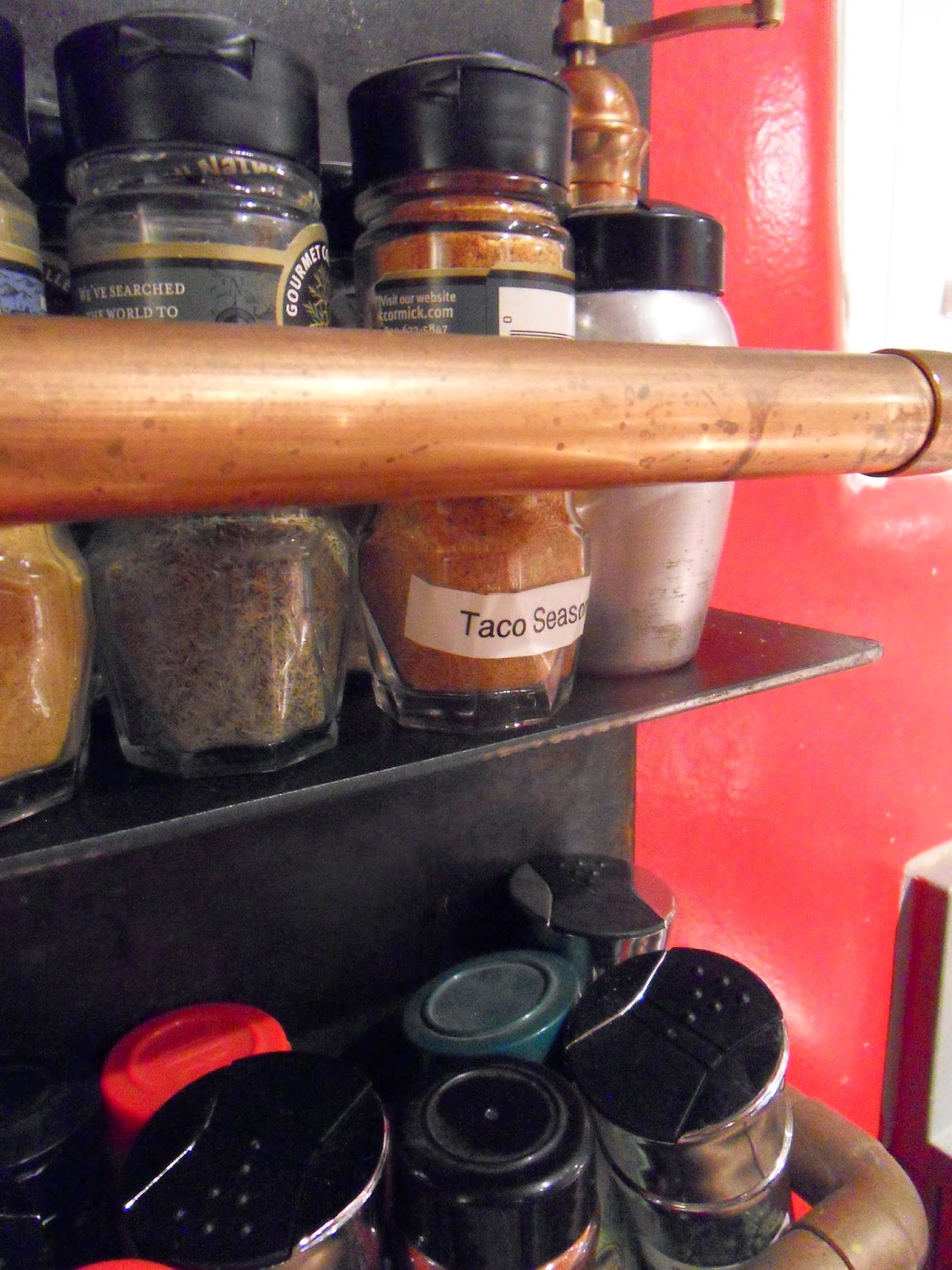 And...when I was done...I just dumped them all into one container and shook it up.

And while I stood there and washed all those dishes from our little experiment, I couldn't help wondering if I should have Called Taco Sal...*