You know that gaggle of cords found under a quarter inch of dust behind the TV stand?  I don't like to brag...but I don't have that.  I mean, I have the blanket of dust, but not the cords.  And that's because we cut our TV appliances in half.  We went from this: 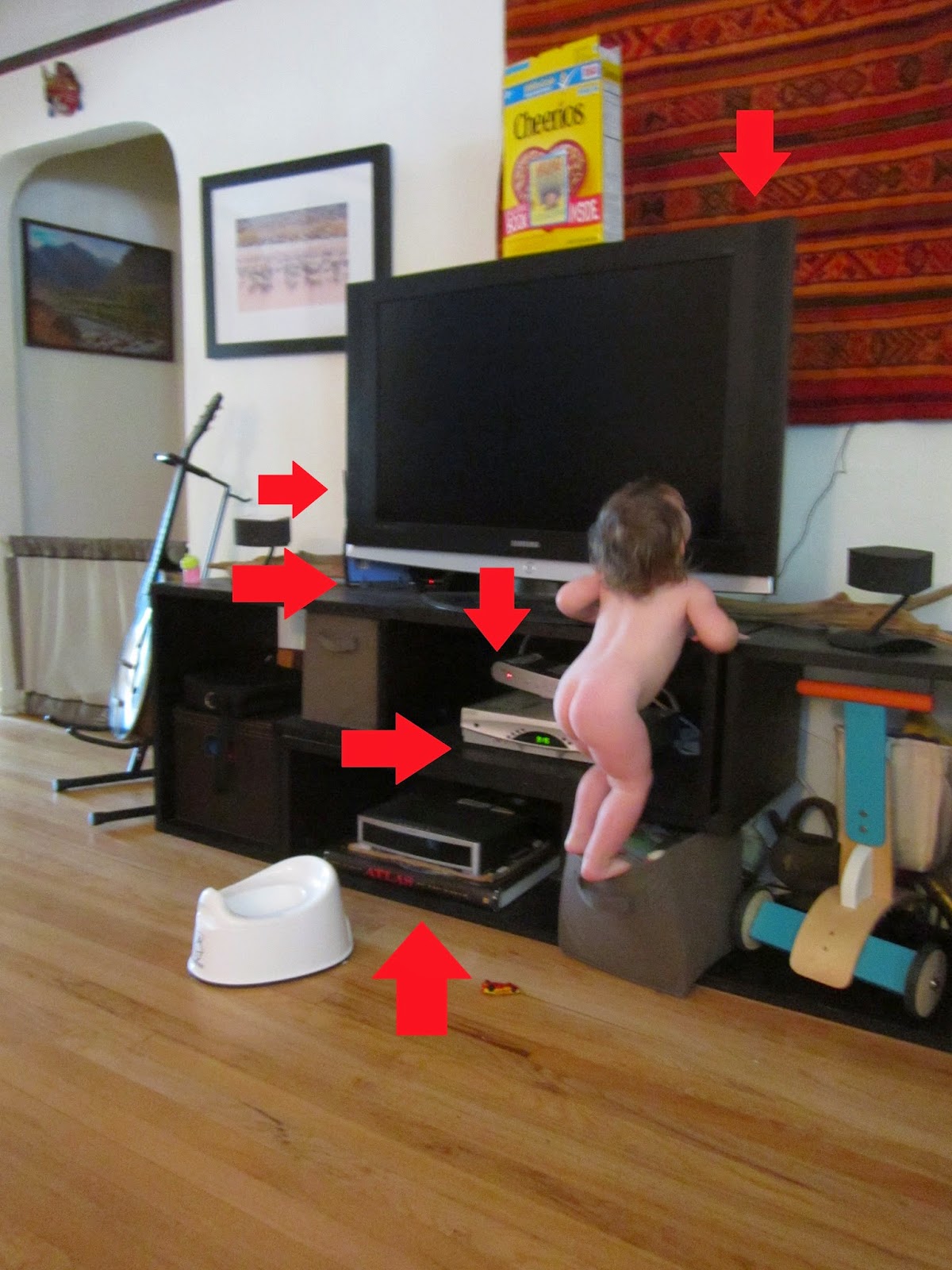 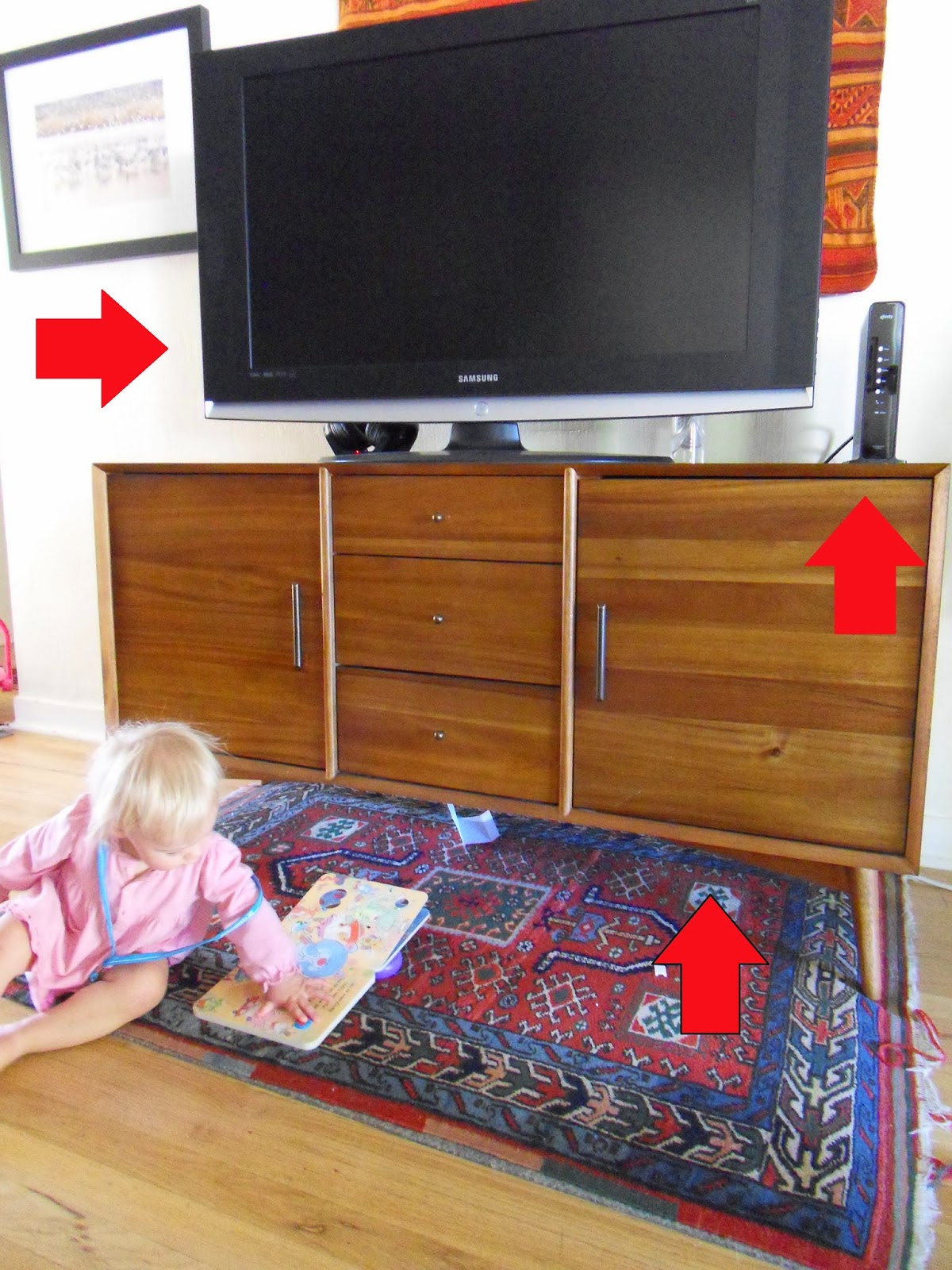 That first picture, by the way, was my feeble attempt to potty train my eldest at, what ended up being, a year and a half before actual success.  And no, I don't think my youngest is wearing pants in the second pic either.

In one afternoon, we decided to kill our cable and got rid of:

Included in the exodus were all the remotes and batteries required to operate them.  Less energy used, less waste to dispose off.  Not to mention all the time saved not watching House Hunters.  Sigh...I do miss House Hunters.  Now when I visit my parents, I binge-watch cable.

So now we still have the big tv and remote.  We may or may not replace them when they die.  We replaced the cable box with our laptops.  We still have the modem/wireless router combo that ties us to Comcast though.  Can't wait for that relationship to end too.

If anyone is actually thinking about downsizing their entertainment center, you might be able to recycle your old electronics.  Well, first, I'd go to Craigslist with that stuff.  I'm not a communist after all.  But if you think they need "end-of-life asset management" (actual term!) then Google around your town to see if you have something like these guys we have in Albuquerque.
at 11:30 AM