When daddy works nights, dinner rules change.  When daddy leaves on a trip, we end up with three nights of mac n cheese.

That's right, sweet girl.  Mommy will be making mac n cheese, three nights in a row.  Because when daddy works late, we usually bring out the Box.

And for the permanently or temporarily single mom, the Box is quite convenient.

But it's a bit wasteful and probably bad for you.  Even the hippie stuff.  Something about wood pulp?

So in my quest to get away from the Box, I had these objectives:

Shopping day and we came across the first hurdle:  no pasta in bulk and no cute, bunny-shaped pasta for purchase.  Or tractors.  Already the Box was winning.  So I let the oldest pick out the package (that you cannot recycle, btw) of pasta, and surprisingly she picked macaroni.  So we're going for authentic now...

I was stoked to try out two of my favorite foodie people:  Alton Brown and Pioneer Woman.  But after rewatching the Good Eats mac n cheese episode, I was crushed to discover Alton used evaporated milk in his stovetop recipe.  Remember I'm trying downsize for two small mouths.  That opened can would just sit in my fridge for a month or until I made some tres leches.  I suppose I could have maybe used it in my coffee?  Oh, well.  Too late.  No Alton.

The Pioneer Woman's mac n cheese was promising but it used an egg which required tempering and a roux which takes time and vigilance.  Much vigilance.  On nights when I'm alone with the girls, I only have so much vigilance and it's usually spent keeping markers off the wall and the oldest off the youngest. 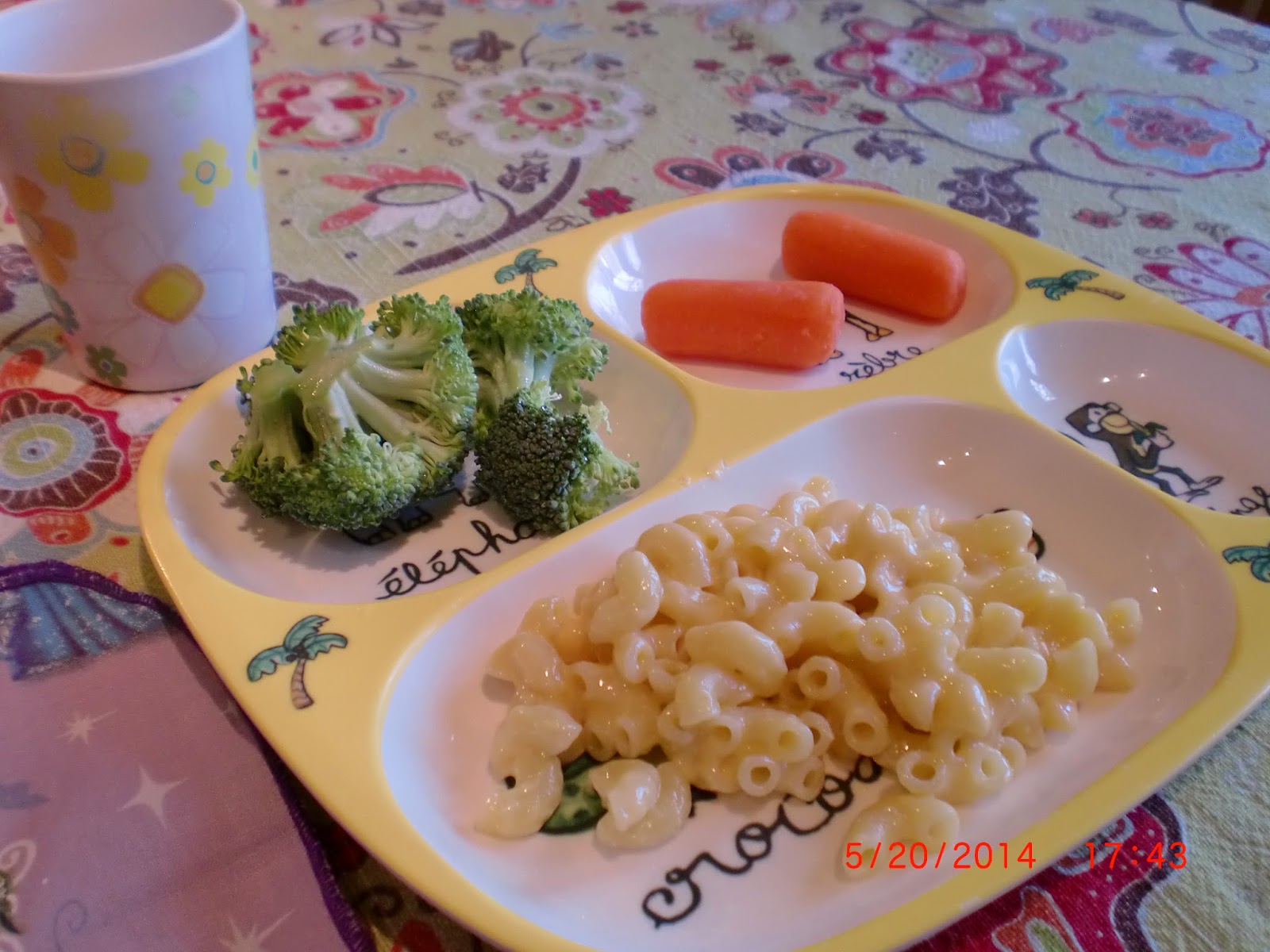 Instead, I started off with a recipe from The Kitchn.  Pretty pictures, no roux, easy prep.  It was only when I had to thicken some milk with flour that she began to lose me.  It took a little longer than I wanted to spend.  Like, 5 minutes longer.  But 5 minutes on "I don't even want to be in the kitchen" night is an eternity.  She requires you to dirty another bowl to mix in the cheese but next time I'll try mixing it into the saucepan to keep my dish count low.  It was yummy and well received. 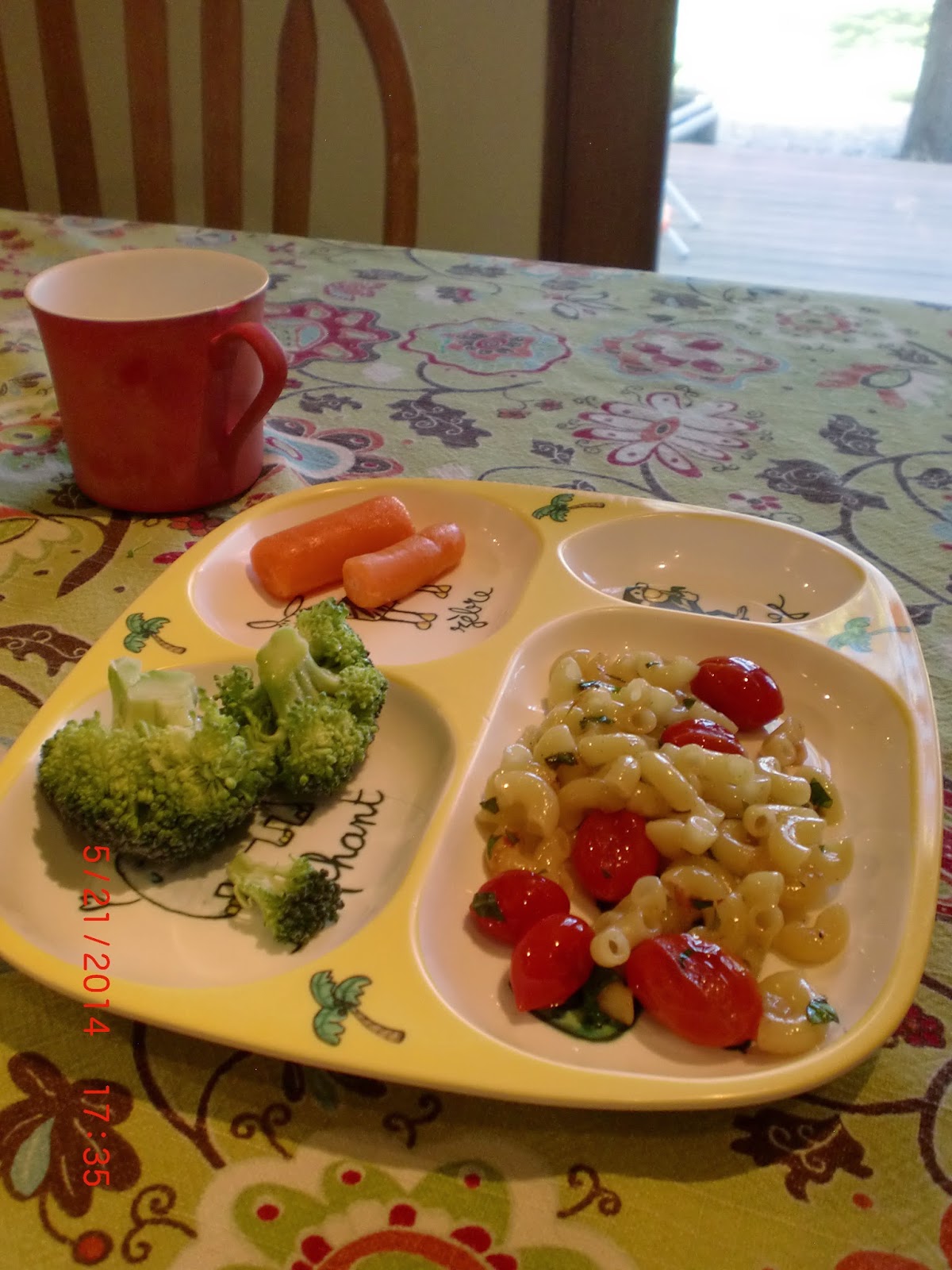 On Wednesday night I went to an old post of Yummy Mummy at imperfectparent.  I liked the name because this could also be imperfecthippymom.  Her take was that the Box is evil because once your kid gets a taste of it, it's all over - they know it's in the house and it's all they want.  I agree.  Yummy Mummy mac n cheese really is yummy with cherry tomatoes, basil and Parmesan instead of cheddar.  But all those ingredients require more work and their own saucier and is farther away from the Box than I wanted to go.  It was more of what adults should be doing to their mac n cheese. 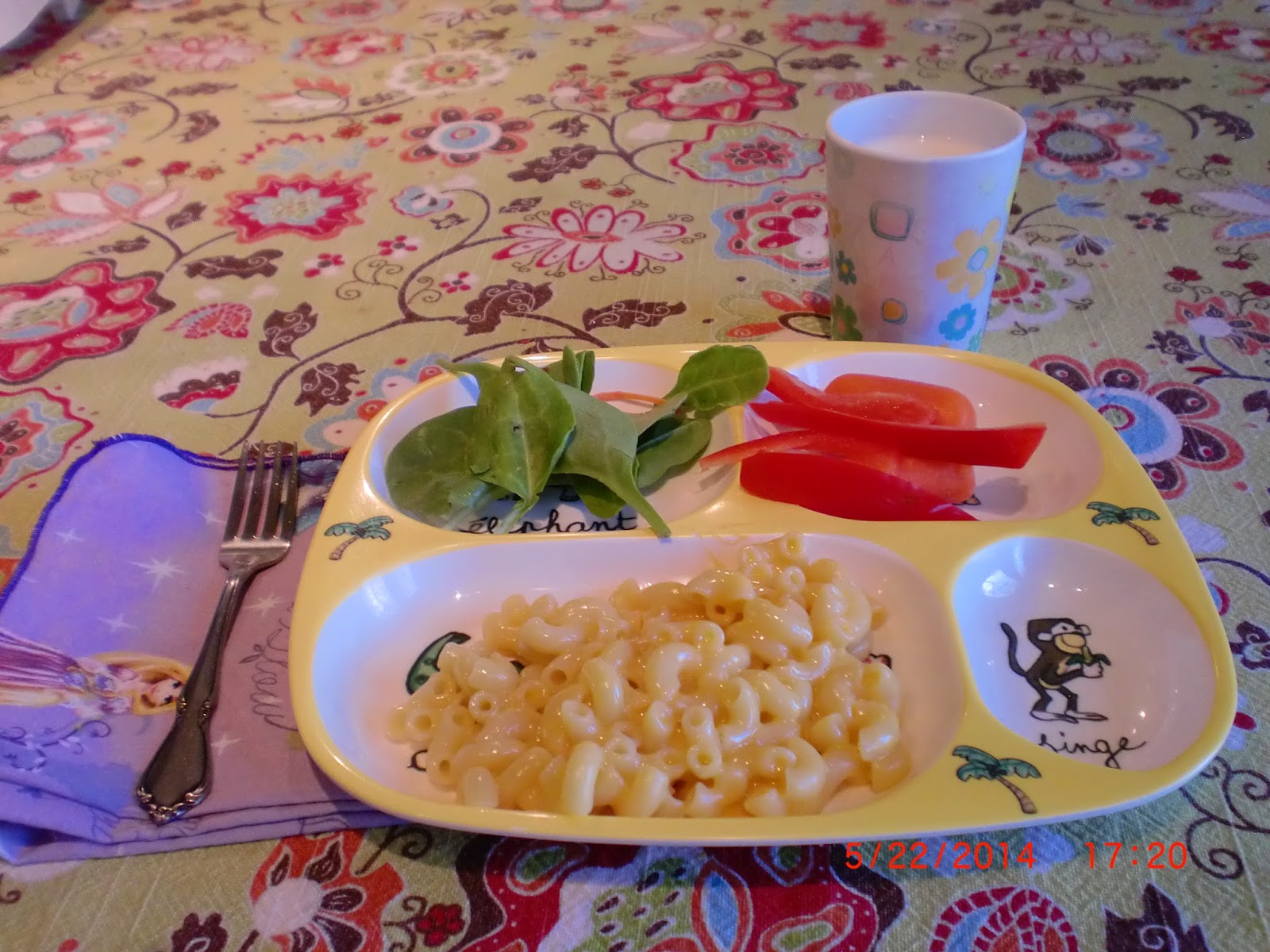 Finally, tonight I tried a recipe from a cute blog called Buttered Side Up.  The blog name alone suggests potential.  Four ingredients, one saucepan.  I used cheddar and a little Parmesan from the night before and after three nights and three recipes I think we finally have our box replacement.

I honestly thought the Box would win.  But all three recipes were pretty quick, healthier than the Box and still tasty enough to compete.

That said, after a hat trick of cheese and pasta dinners, please excuse me while I prepare some detox shakes for my children.


*If anyone has any creative uses for leftover pasta water, please share!