Zero Waste at the Movies

Yesterday for my daughter’s fourth birthday we went to the movies.  Besides the tickets and receipts, this was our waste:

While my daughter sang along with Elsa of Arendelle (did you know there is a Disney Wiki?), I mused over the two containers, two drinks, lids, straws and candy wrappers we were going to throw away.

Could I whittle down the waste?

Well, as it turns out, not much.  Because of both ethical and gastronomical reasons.


Here were some options:

1.  Don't buy snacks.  Prop required - a black ski mask to cover the girl's face and preferably turned around so she can't smell the popcorn as I sprint her past the concessions to the old guy taking tickets.
2.  Eat a full, weekend Italian pranzo before the movie.  Except that would also require an afternoon nap.  Mmmm....a nap.

3.  Bring your own water and make your own popcorn.  Not the packaged, microwave stuff 'cause it's kind of suspect.  Tasty, but probably killing you one kernel at a time.

But…here's the thing.  Having worked at movie theaters from mid-teens through mid-20s, I know theaters make their money not on movies (which is often nil), but from concessions.  And ski mask or not, when I walk through those commercial-grade French doors and get a whiff off that corn, I....want...some.  I'm that big shark in Nemo, smelling blood.  "Ooh, that's good."  And yes, I just quoted a Pixar movie because those are the only Oscar-winning flicks I get to watch these days.

And after yesterday’s venture, I realized that we didn’t even eat all the popcorn.  My girl, decked out in a too-large birthday dress, ran to the backyard afterwards to give the extras to the chickens. 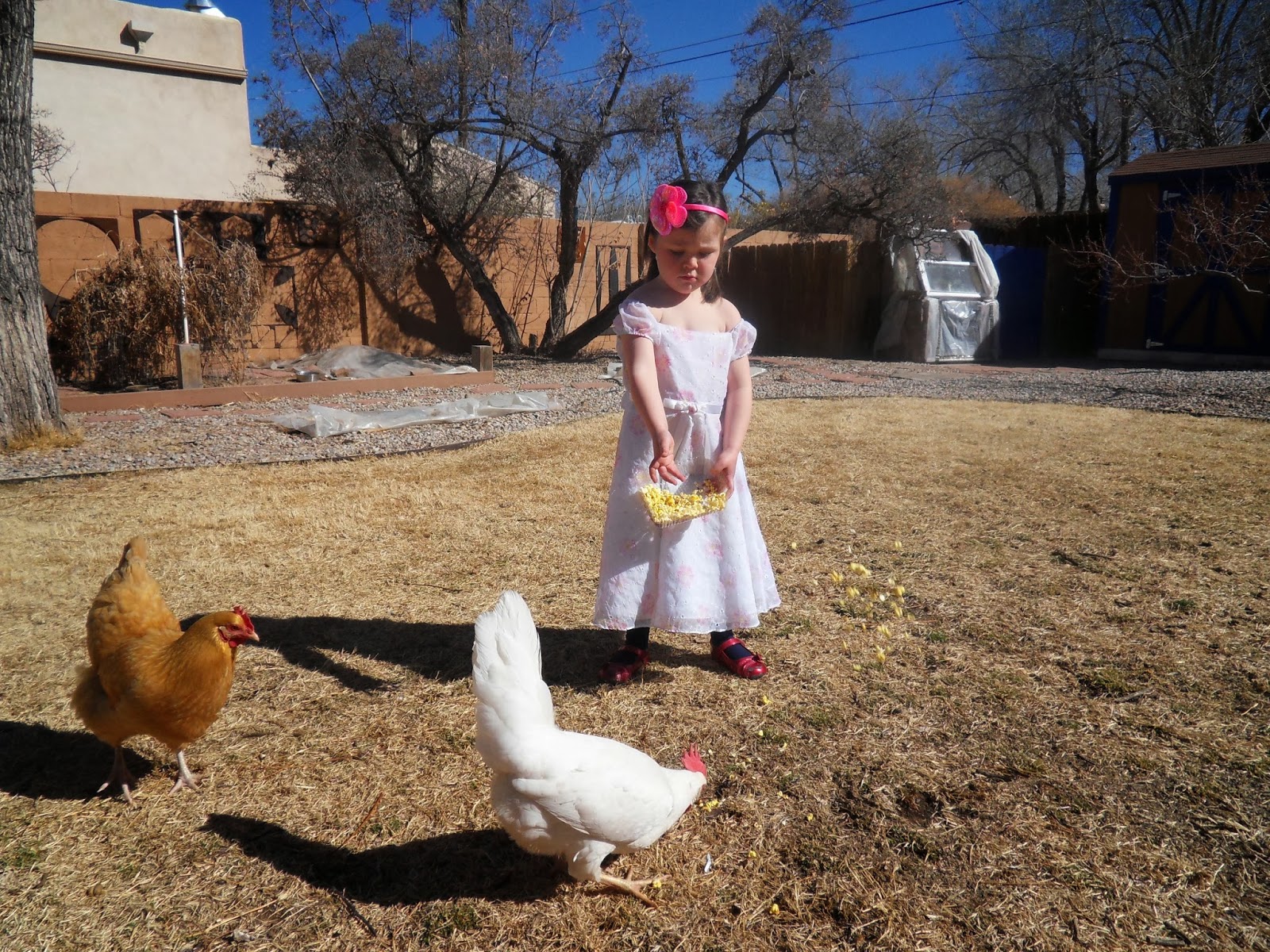 So now our new popcorn plan is this:  eat a banana beforehand and split a small popcorn.  Less waste, still throwing the theater a bone.  And about the drinks, do what you think is best.  If you drink soda, try to get the bottle you can recycle and not the fountain drink (oh, but they’re so good…).  If my guilt-meter is pinned that day and I don't want to bring in some water, I'll buy a $3 bottle and fill it up again during the movie.

And if you REALLY want go big, try supporting a local theater which are so rare these days.  And then convince them to start brewing their own beer.  And then keep a pint wall like O'Niell's here in Albuquerque.  And then, I suppose, find a babysitter. 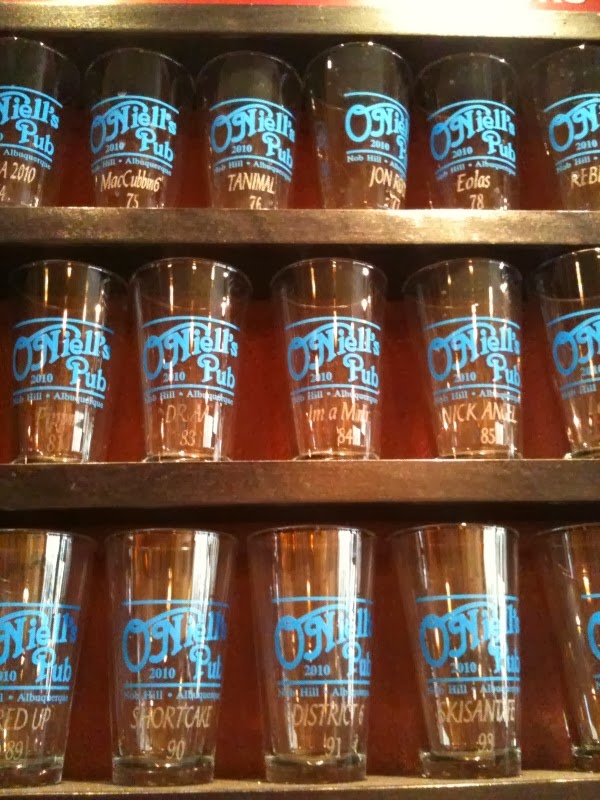