Yay!  I'm so happy you're on this post.  This was my first; it's what got me thinking about Zero Waste.  And it's totally true.  Enjoy!


I made some monkey bread.  It didn't go so well.  I was supposed to make it on Christmas morning – you know, increase the pressure of the holidays by forcing a new tradition.  But I forgot we were driving 8 hours west just after wrapper-ripping and so my oven stayed cold on 25 December.  In fact, since we forgot it was Christmas morning, our plan to hit up the Grants, NM Mc’Ds for some Egg McMuffins was met with an empty parking lot so not only did we not have monkey bread, I inadvertently started a tradition of withholding ALL breakfast from my family on Christmas morning.

So I made monkey bread after New Year’s.  And let me show you the waste. 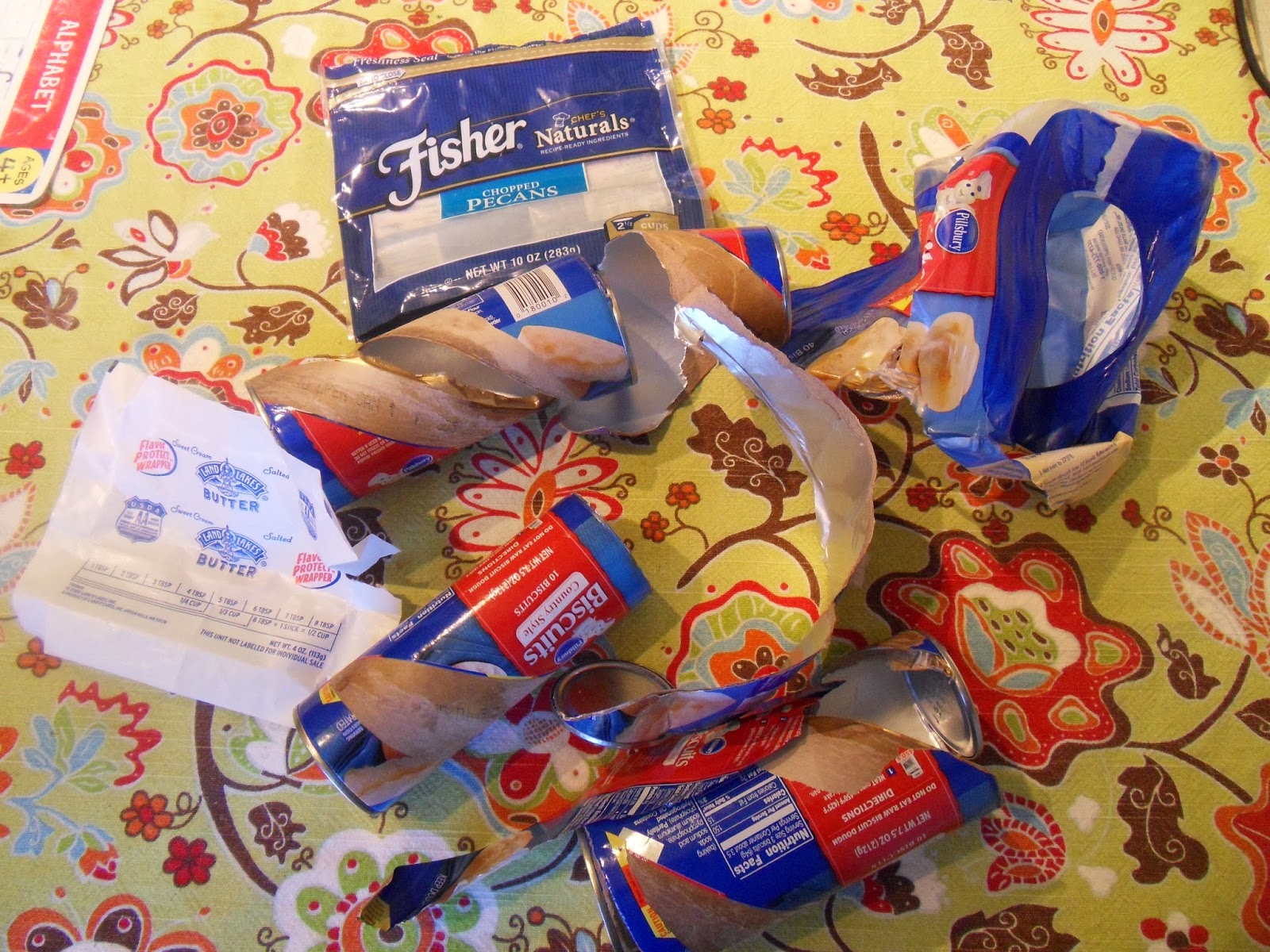 I was able to reuse, sort of, the butter wrapper to grease the pan, but it and its partners in crime are now residing in the Bernalillo County Landfill – possibly a former Breaking Bad filming location.

But that’s not only where things went wrong.  It broke bad because the store-bought biscuits dried out in the oven and the recipe didn’t call for any sort of topping and I didn’t stop to realize this would taste like sugar-ass.  So now, I’m stuck with this as leftovers. 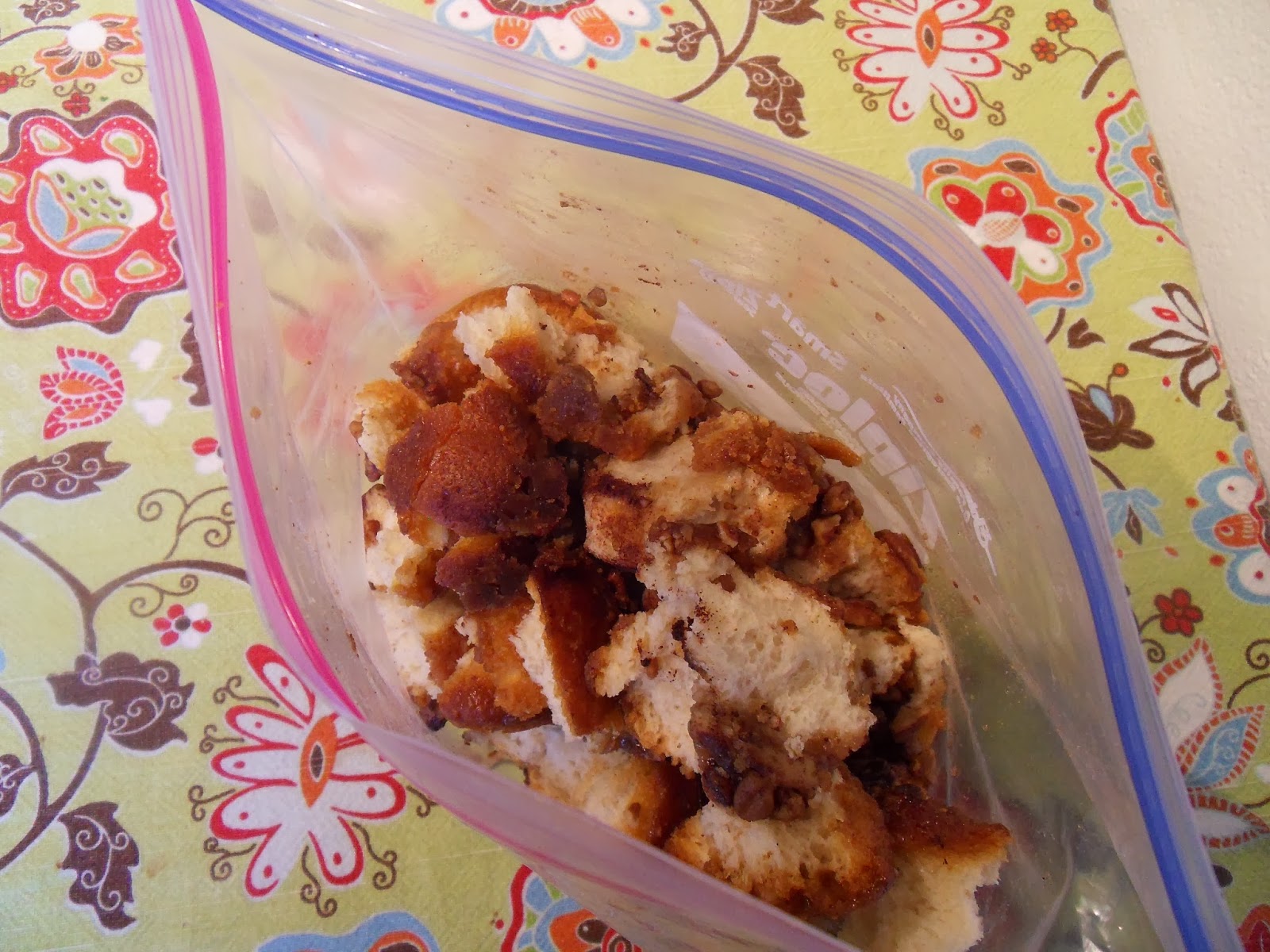 Oh, and right before he left for work, the hubs decreed, “I’m very interested in making sure all this gets eaten.  Zero waste right?”

And so begins the Zero Waste Mommy experiment.

What do you do with a bunch of bread?  Well, you go to the duck pond, duh.

What do you do with a bunch of bread ladened with sugar and cinnamon and $8 of chopped pecans?  No clue but it certainly doesn’t go to water fowl.

The solution presented itself to me at a not-necessarily kid-friendly party we brought our kids to anyway.  (Sorry about that, Jeff).  The higher the quality of food, the lower the chances of a kiddie table.  And with chicken and green chile enchiladas, quinoa tabbouleh stuffed peppers, and raspberry chipotle jam with brie in phyllo I wasn’t exactly expecting a jumpy castle in the back yard.  But they were very tolerant of our brood and the highlight for my daughter was the pumpkin chocolate bread pudding.  Bread… pudding.  I’ve got bread.  I’ve got time, sort of.  Maybe I could have bread pudding.

Meanwhile my kids are doing this: 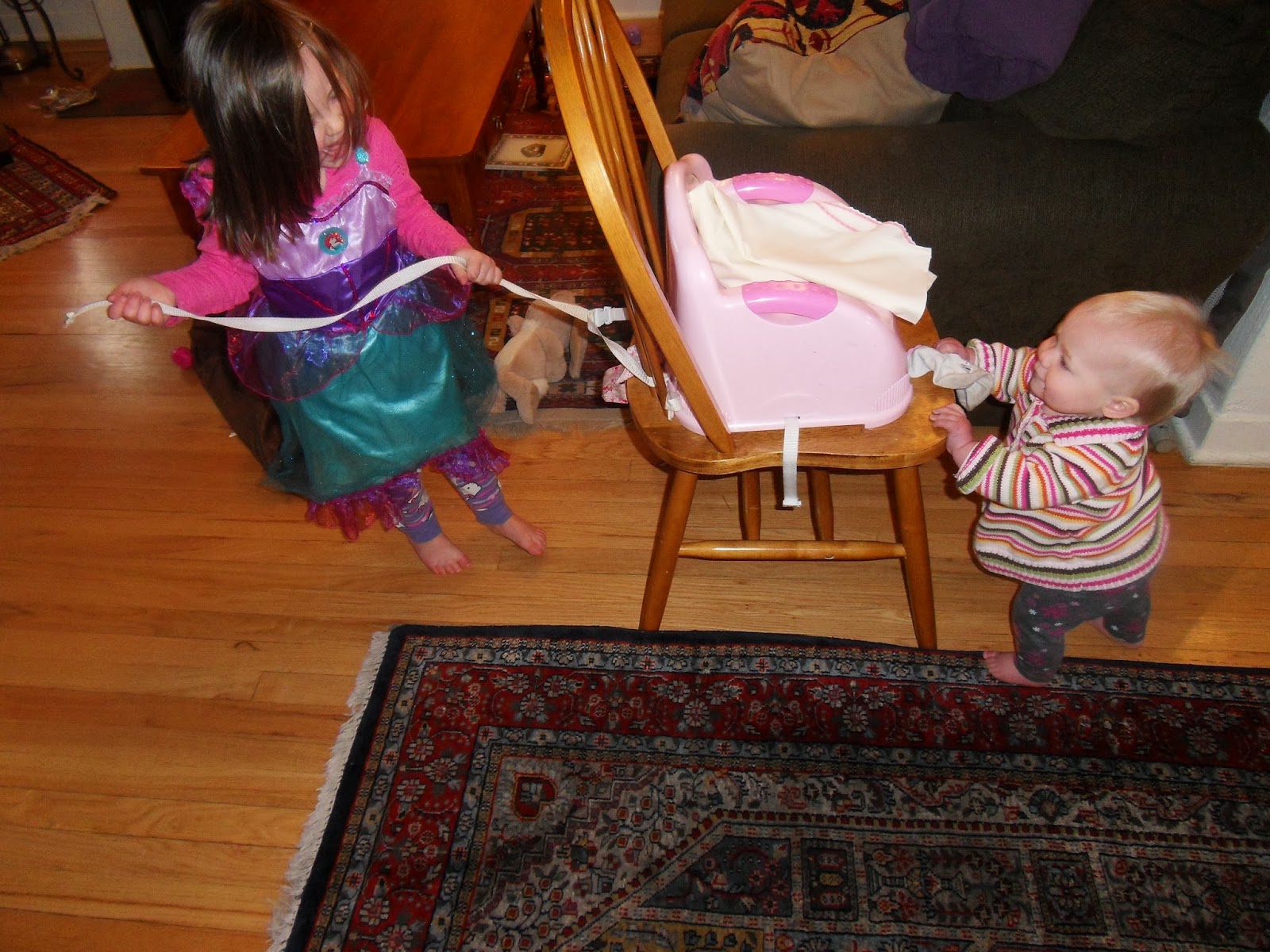 Yep, that’s a one-year-old pushing a chair being dragged by a four-year-old.  Bet you can’t guess how that turned out. 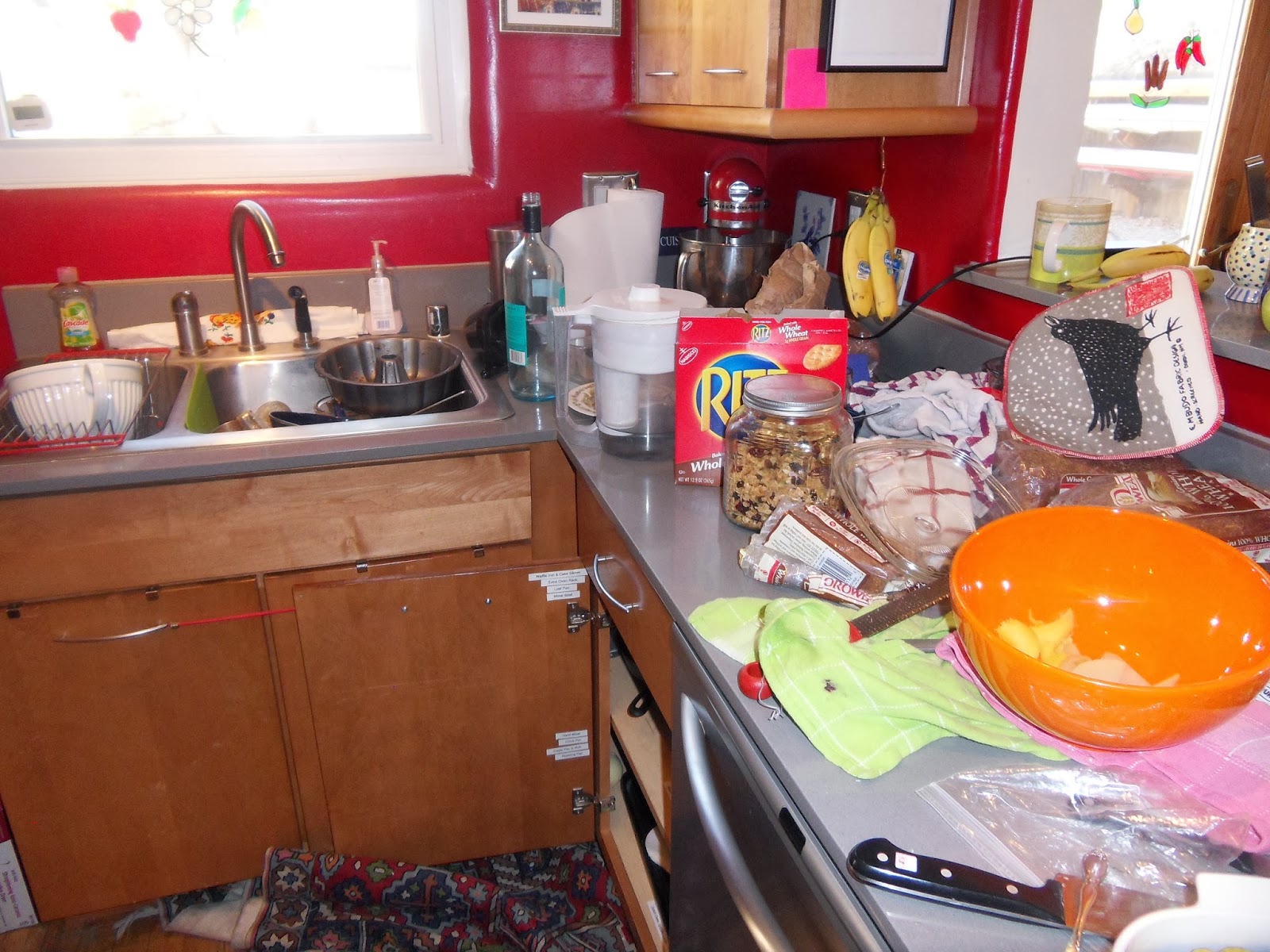 Because this Einstein tried to make lunch, baby food and dinner all at once before cleaning the breakfast sprawl.  And of course I still hadn’t put away last night's laundry or all the groceries from yesterday because sometimes life gets in the way when you get home from the grocery store, folks.  If I just had half the energy at night that I do in the morning – wait, that’s exactly what I have.

So while the NFL playoffs were on I carefully chopped six cups of monkey bread into cubes while trying equally to not to miss a Kaepernick completion or slice off any digits from my right hand. 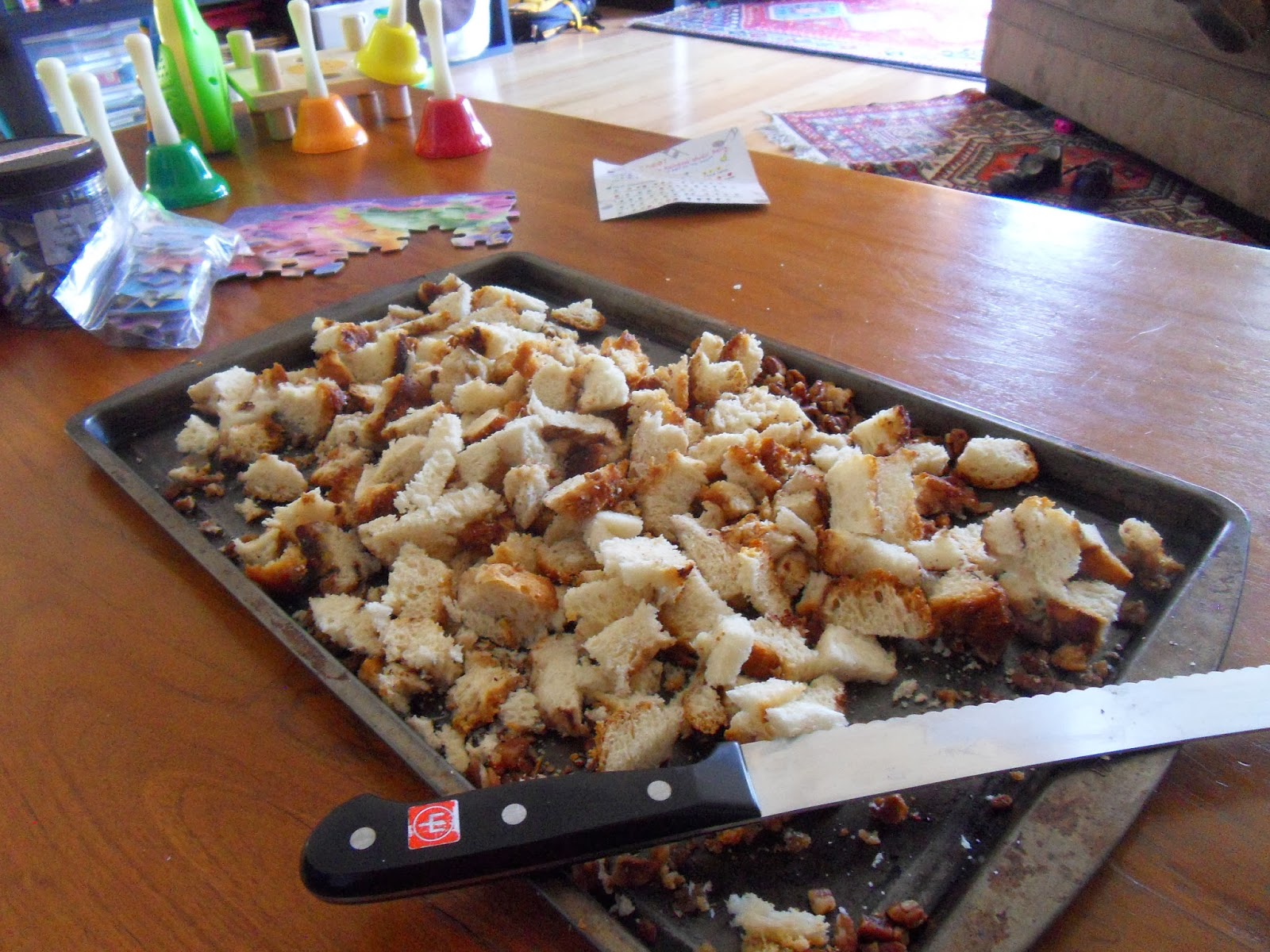 The Joy of Cooking provided me with an easy recipe and two hours later and all fingers accounted for we had 9 x 13 of our first bread pudding.  Zero waste, right?


…Now that’s the good news.  The not so good news is apparently no one in my family, myself included, really likes indigenous bread pudding.  So while I’m still concluding with a notch in the Zero Waste column, after four days in the fridge, it was these four girls that were keeping us honest. 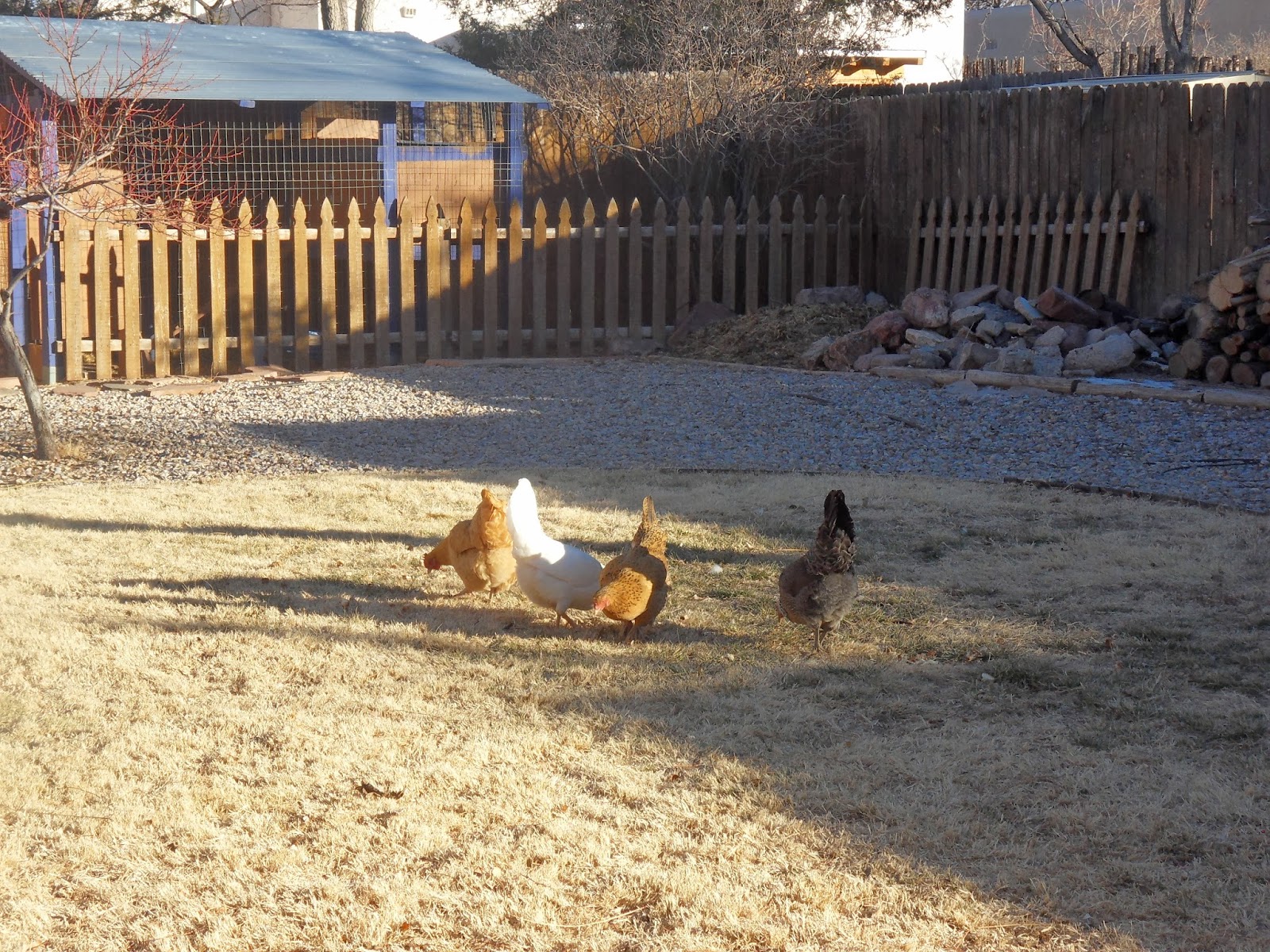